Over the past decades communication and outreach has become a fundamental concern of state-of-the-art research communities.
The relationship between science and society has begun to change radically and communication has become a necessity.
Important decisions involving scientists’ research are no longer made by the scientific community but by politicians, private companies and by the media.
Moreover the decisions often involve the general public whose opinion influences the politicians and the media behavior.
For these and other reasons it is important to improve the dissemination of research and to convey the value of a scientific way of thinking even to those who have nothing to do with science.
Furthermore it is important to improve how scientists share results with the scientific community, in order to enhance the quality of the research and to facilitate collaborations. : it is necessary to learn how to make posters effective, how to communicate aims and methodologies in scientific papers and proposals, how to get projects funded.
Traditional scientific training, typically does not prepare scientists and engineers to be effective communicators outside of academia.
Attending the school students will learn how to effectively convey important research results to a public of both experts and laypeople.
Students will learn how to write an abstract, how to structure effectively a poster about their research, how to write a paper.
Also students will receive coaching from experienced researchers on proposal and report drafting, and on how to improve communication to policymakers, general public and school students.
Being involved in science communication activities will allow the students to gain communication technical skills that will be useful in their wider lives and will remind the students that science is an heritage that needs to be shared as a part of our culture.
The school is divided into 2 modules, the first 4 days will be dedicated to the science communication in general so it will be open to researchers of all fields, the last 2 days will be focused on Geoscience communication with specific laboratories with experts explaining how to give the best ideas about Earth sciences to different types of audiences.

The school has the aim of offering overview and training of scientific communication skills in all its forms.
The school will treat communication not only with an “educative aim” but also with a “scientific aim”.
The lecturers will therefore not only present an overview of science communication from a theoretical point of view, but also will offer practical activities on abstract/paper writing and poster editing, on proposal and report drafting, and on how to improve communication to policymakers, general public and schools.
All the lectures will be accompanied by laboratories and students will experience concrete activities: for example each student will present a poster at the beginning of the school and posters will be corrected and improved at the end applying what learned during the school; at the end of the school students will try to provide accurate but concise information about their science to the general public recording a short movie (famelab-like) which will be published into our website to get feedbacks. 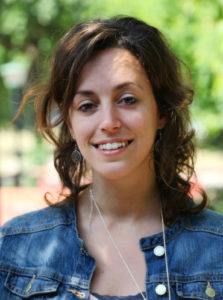 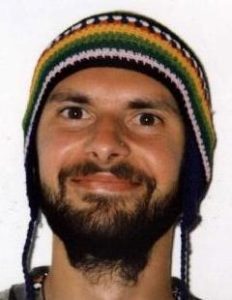 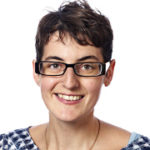 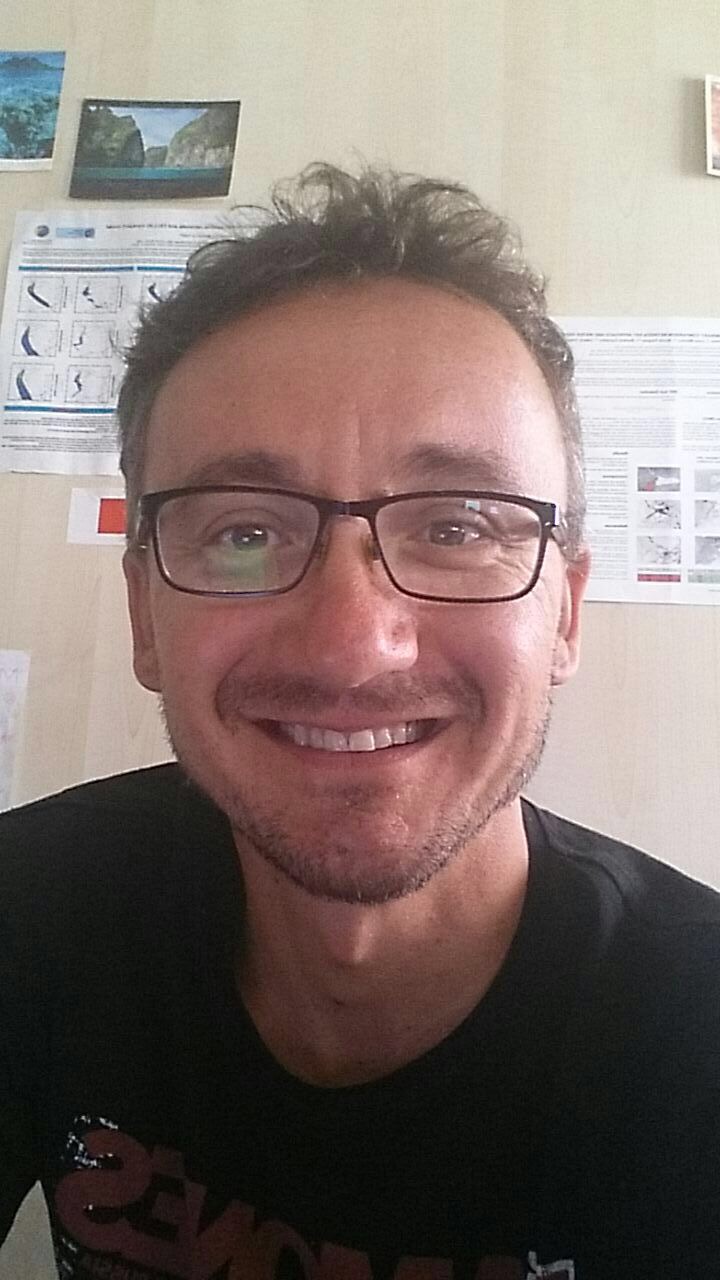 Hans Peter Peters is a social scientist at the Research Center Juelich, Germany, and Adjunct Professor of Science Journalism at the Free University of Berlin. His scientific interests are in the domain of Public Communication of Science and Technology (PCST) with an emphasis on scientists as public communicators, their role as “experts” in discourses about environmental and risk issues, and their interactions with journalists. His current research looks at the implications of three trends for science communication: (1) increasing strategic orientation of scientific communicators and its possible repercussions on science, (2) rise of the “public engagement” paradigm with its challenge of the traditional boundary between science and the public, and (3) changing public arenas in an Internet-based media system with alternative paths to the public sphere and new communicators, media, gatekeepers and selection criteria.
Selected Publications
– Peters, H. P., Dunwoody, S., Allgaier, J., Lo, Y. Y., & Brossard, D. (2014). Public communication of science 2.0. Is the communication of science via the “new media” online a genuine transformation or old wine in new bottles? MBO reports, 15(7), 749-753.
– Peters, H. P. (2014). Scientists as public experts. Expectations and responsibilities. In M. Bucchi & B. Trench (Eds.), Routledge Handbook of Public Communication of Science and Technology (2nd ed., pp. 70-82). London: Routledge.
– Peters, H. P. (2013). Gap between science and media revisited: Scientists as public communicators. Proceedings of the National Academy of Sciences, 110(Supplement 3), 14102-14109.

Gemma Musacchio is a scientist at Istituto Nazionale di Geofisica e Vulcanologia (INGV, Italy) where she does research in the field of communication of seismic hazard and risk. She has a PhD in Earth Science (University of Milano, Italy) and a Master in Scientific Journalism and Institutional Communication of Science (University of Ferrara, Italy). She has been a research scientist at several institutions in Europe, USA and Canada. Her background research interests include the study of the structure, composition and evolution of the Earth Lithosphere. She has published several papers in international journals and books, and coordinated European projects devoted to risk communication; she is a jury member of science dissemination national prizes.
Selected Publications
– Musacchio, G., Falsaperla, S, Piangiamore, G. L., Solarino, S., Crescimbene, M., Pino, N. A. Eva, E., Manzoli, F. , Butturi, M. , Fabbri, M. and Accardo M. (2017). KnowRISK on Seismic Risk Communication: the set-up of a participatory strategy. In: Proceedings of the International Conference on Earthquake Engineering and Structural Dynamics, 12-14 June 2017, Reykjavik, Iceland.
– Musacchio G., Piangiamore G. L., D’addezio G., Solarino S. and Eva E. (2015)- “Scientist as a game”: Learning geoscience via competitive activities. Annals of Geophysics, DOI: 10.4401/ag-6695
– Musacchio G., Falsaperla S., Bernharðsdóttir A.E., Ferreira M.A., Sousa M.L., Carvalho A. and Zonno G. (2015) Education: can a bottom-up strategy help for earthquake disaster prevention? Bulletin of Earthquake Engineering, DOI: 10.1007/s10518-015-9779-1

Silvia Kuna Ballero is graduated in Physics and obtained a PhD in Astrophysics at the University of Trieste, Italy. She has a Master in Scientific Journalism and Institutional Communication of Science (University of Ferrara, Italy). She works in the field of secondary education and is also a freelance journalist and science communicator, and is mainly concerned with the relationship between science and other stakeholders. She collaborates with the Italian editions of Scientific American, Wired, Motherboard among others, and is a member of SWIM – Science Writers in Italy.

Enrica Battifoglia works for the Agenzia Nazionale Stampa Associata (ANSA) for which she coordinates the “Scienza e Tecnica” branch. She got a bachelor in science communication in 1983 and a master degree in phylosophy in 2003 with a thesis on scientific journalism in Italy. For ANSA she has participated at the 21st expedition in Antarctica (2005), at the parabolic flight campaign (2006) organized by the European Space Agency (ESA), and the scientific mission to Mount Everest K2-CNR (2007). She was lecturer at the seminar “Come nasce una notizia scientifica” at IUSS in Pavia (2007) and at the Master in Sicence Communication of Rome Tor Vergata University (2007-2008). She is also author of several outreach books for children and she won the journalist awards “Giovanni Maria Pace” (2008), “Voltolino” (2009) e “Capo d’Orlando” (2010).

Riccardo Biondi is a freelance researcher, graduated in electronic engineering with a PhD in atmospheric physics. His research activity is focused in extreme atmospheric events such as tropical cyclones and volcanic eruptions. He is Marie Curie alumnus and AXA Research Fund alumnus, Management Committee Member of two COST Actions and founder of the (Geo)Science Communication School and the international training school on Convective and Volcanic Clouds (CVC) detection, monitoring and modeling.

Sarah R Davies is Lektor (associate professor) at the Department of Media, Cognition and Communication at the University of Copenhagen, Denmark. She researches the relationship between science and society generally, and science communication specifically. Her career started in exhibition development at the Science Museum, London, before a PhD in Science and Technology Studies at Imperial College London. Her recent work includes the books Science Communication: Culture, Identity and Citizenship (2016, with Maja Horst) and Hackerspaces: Making the Maker Movement (2017).

Rita Nogherotto is a researcher, graduated in physics with a PhD in clouds microphysics. She works on climate modeling and extreme atmospheric events representation. She is member of a COST Action, founder of the (Geo)Science Communication School and co-organizer of the Pint of Science event in Trieste. Actively involved in science dissemination in the schools, with a special focus on climate change and its impacts.

Daniele Tenze is a science animator and communicator with a big experience of working in the performing arts industry. After the Master’s degree focused in Geological and Earth Sciences/Geosciences from University of Trieste he worked in a independent Movie and Theater production company, Collective Productions, as actor, producer, web designer and project manager. Since 2015 he started to work at Immaginario scientifico, a Science Center in Trieste, and later at Ecomuseo delle acque del Gemonese (UD), and at the H-Campus (VE).
In 2017 he is one of the funders of “Topi da laboratorio”, a company of theater science communication, produced by theater Miela in Trieste.
FOLLOW US ON